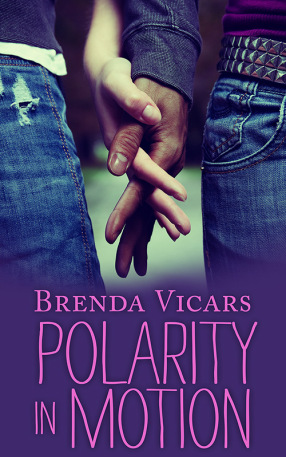 Fifteen-year-old Polarity Weeks just wants to live a normal life, but with a mother diagnosed with borderline personality disorder, that’s rarely easy. Her life gets exponentially more disastrous when her sixth-period history classmates start ogling a nude picture of her on the Internet. Polarity would never have struck such a shameless pose, but the photo is definitely of her, and she’s at a complete loss to explain its existence.

Child Protective Services yanks her from her home, suspecting her parents. The kids at school mock her, assuming she took it herself. And Ethan, the boy she was really starting to like, backpedals and joins the taunting chorus. Surrounded by disbelief and derision on all sides, Polarity desperately seeks the truth among her friends. Only then does she learn that everyone has dark secrets, and no one’s life is anywhere near normal.

I received a free electronic copy of this book from the author for review. All opinions in this review are honest and my own.

When the author first contacted me about reading and reviewing her book, the blurb immediately captured my attention. Because of my background in psychology, I was particularly interested in the borderline personality disorder (BPD) aspect of the book. And the description also reminded me of Sarah Ockler’s book, #scandal.

I really enjoyed the story and thought that the mystery aspect of it was done very well. We don’t really know who posted the photo of her until the very end of the book, but we get given little clues throughout the book. For me, the perpetrator was kind of predictable but the reason behind the posting of the photo was not at all predictable, and I thought it was quite clever. At times I felt like there were a lot of things going on and a lot of changes in setting, but they all seemed to fit together in the end.

However, I thought there were too many themes and issues being explored in Polarity in Motion. The book tackles borderline personality disorder, racism, bullying, unequal treatment of non-Caucasian’s in the education, justice and foster care systems, along with some other minor issues. It might have been more effective if only one or two of these issues were explored in greater depth and developed further in the story. I really enjoyed the exploration of differences in the treatment of white and non-white individuals and I wished the author had just spent more time on that, especially since she has greater expertise in that area. I thought the BPD aspect was a little bit unnecessary and not done particularly well.

I should begin this next section by saying that while I do have some clinical training, I am not a registered psychologist and I don’t have as much knowledge about BPD as I do depression and anxiety. The information in the book about BPD was mostly accurate but really only focused on certain aspects of the disorder. The book mentions the fear of abandonment and black-or-white thinking. But for me, it was missing some of the key diagnostic criteria for the disorder, such as self-harm/suicide and instability of self-image or self-identity. The book was just filled mostly with Polarity’s mother getting irrationally angry at everything. There was also a lot of emphasis on her calling things and people ‘evil’ when her BPD got very bad, and I just didn’t understand that. Believing things are evil isn’t a symptom of BPD so I was a bit confused when it was mentioned over and over again.

There were about 10 pages at the beginning of the book where we were just given a lot of information about BPD and I almost felt like facts were being thrown at me. But what irked me the most was that there were some inaccuracies in the information.

“Mom’s not bipolar; she’s borderline. Bipolar is a brain disorder. Borderline is emotional.”

That line just made me so frustrated when I read it. Bipolar isn’t a ‘brain’ disorder. It’s a mood disorder. And BPD is classified as a personality disorder. And this is something that Polarity says after her caseworker commends her on her knowledge about bipolar disorder. If you had no prior knowledge about BPD, you’d probably enjoy this book a lot more than I did. But at the same time, I don’t feel that it’s right to ignore these inaccuracies and misrepresentations of the disorder, especially since readers who know nothing about BPD will take away information from this book.

I know that the author was trying to highlight the fact that we all have deep and dark secrets, but I strongly think that the book would have been a lot better without the BPD elements. Polarity’s family is very supportive throughout the whole experience – they had a really good family dynamic – and I think it would have been even better if her mum’s behaviour wasn’t erratic and impulsive all the time. I do think though, that the family element was the best part of the whole book. There was also some romance in the book, which I didn’t really like. I would have preferred it if the book didn’t contain romantic elements. There was already enough going on in the story.

I did appreciate the character development that we saw in Polarity. She definitely became more assertive and confident and I really liked the person she was at the end of the book. Coupled with a mysterious and entertaining plot, I think this book is worth a read.

4 thoughts on “Review: Polarity in Motion by Brenda Vicars”